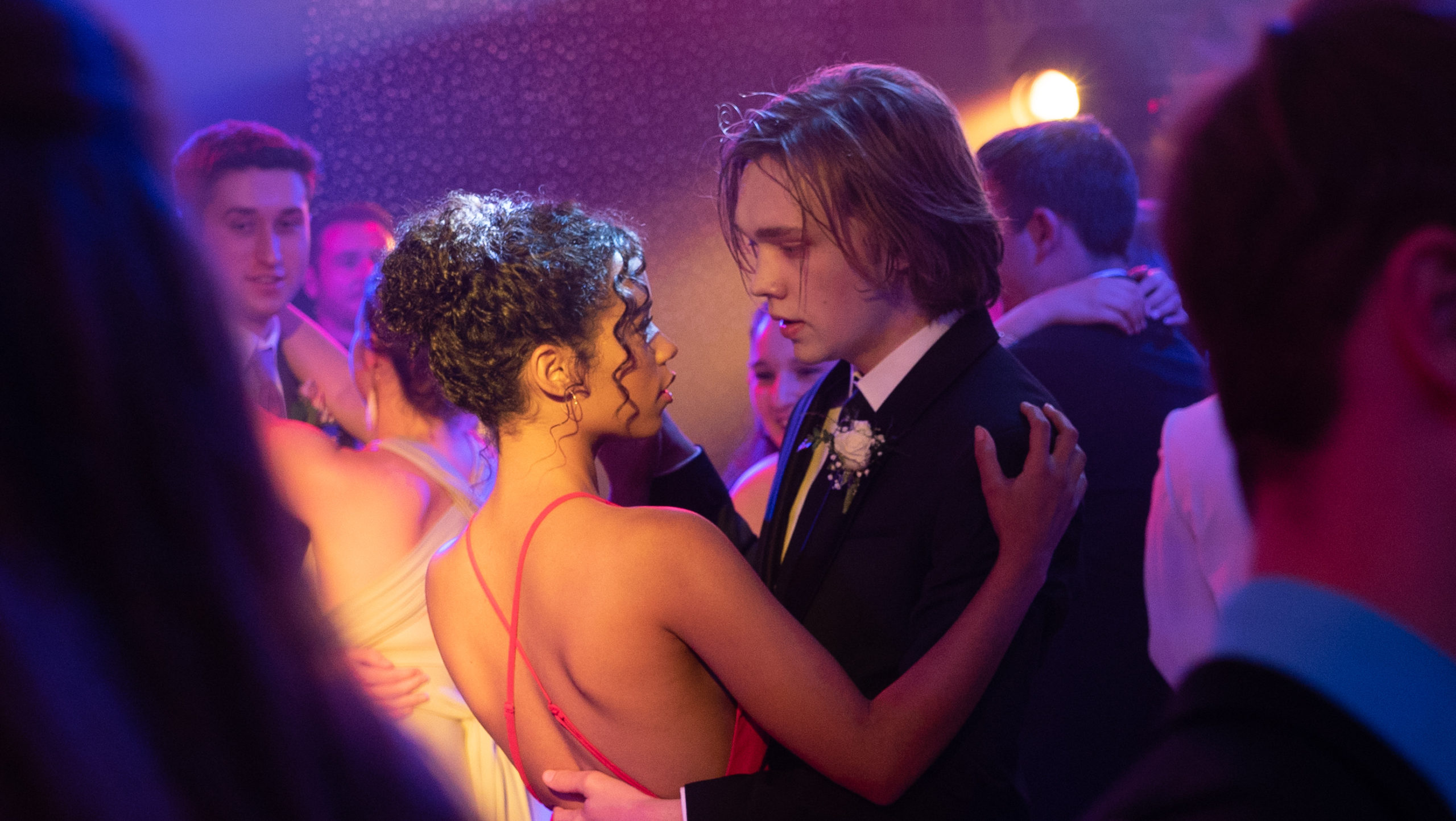 By Rachel Galvin
(Some spoilers) When Adam (Charlie Plummer – not related to Christopher Plummer) discovers something is wrong with his eyes, he hopes he needs glasses. Unfortunately for him, bad vision is not his problem. It is something much more serious; and that isn’t the only thing wrong with him. The next to elude him is his sense of hearing. It isn’t that he is losing these abilities, but, rather, that he is seeing and hearing things that aren’t there. The voice in the closet taunts him. A sage burning, feather carrying sprite of a girl named Rebecca (AnnaSophia Robb) prances about preaching peace in love. A half-dressed slacker Joaquin (Devon Patrick) lounges about like “a best friend from the ’90s.” And a burly always-smoking bodyguard (Lobo Sebastian) threatens to take on every perceived threat with his baseball bat. This cast of characters in his head prevent him from focusing on his day to day schoolwork. He tried to tamp down the thoughts using his love of cooking to calm his nerves and his dream of attending culinary school. He breaks the fourth wall to address the viewer as he explains what has befallen him.
When the more terrifying imagery causes what is categorized as a psychotic break right in the middle of his science class, he finally finds out his prognosis –  schizophrenia. His actions get him kicked out of school, cause his classmates to see him as some sort of freak and lead to him being enrolled into a Catholic school, even though he is not religious.
His doting mother (Molly Parker) is beside herself. A single mother since his father decided fatherhood was not for him, she plunges herself into research in search of a cure. But the bond between mother and son had already begun to break down when a new boyfriend, Paul (Walton Goggins), entered the picture, leading Adam to become more withdrawn.
Meanwhile, a seeming self-sure brainiac crosses his trail, Maya (Taylor Russell) a feisty girl doing all she can to do some side hustle in the form of selling her academic services and more. When his grades drop due to the conflict within his own mind, he seeks her out to be his tutor. But, from day one, he likes her as more than just an academic advisor. He later discovers she has a secret of her own too.
Now, he is faced with trying to cope with what is happening at home and the thought he might lose his new love interest if she ever finds out who he really is. He turns to the confessional and Father Patrick (Andy Garcia), who with a slight smirk deflects Adam’s sarcastic remarks and his declaration of being atheist to try to get at the heart of the matter and offer insight. But Adam does not tell him the whole story. The priest only finds out later when another dramatic incident occurs. Adam’s life is about to fall apart once again.
An unexpected twist leads to a heart-warming tear-jerking resolution with his family. He discovers by accident that only his self-acceptance can pave the way toward real recovery and, in the process, he can see the people who really are on his side and face his future. There is a scene near the end in which this change occurs that was perhaps a bit rushed.
This life-affirming story fits in the recent genre of teen romances that involve one or both people overcoming some sort of illness. Directed by Thor Freudenthal, this film, written by Nick Navela, is based on a book by the same name by Julia Walton. The film keeps you engaged from beginning to end with its humor, visual imagery and characters.