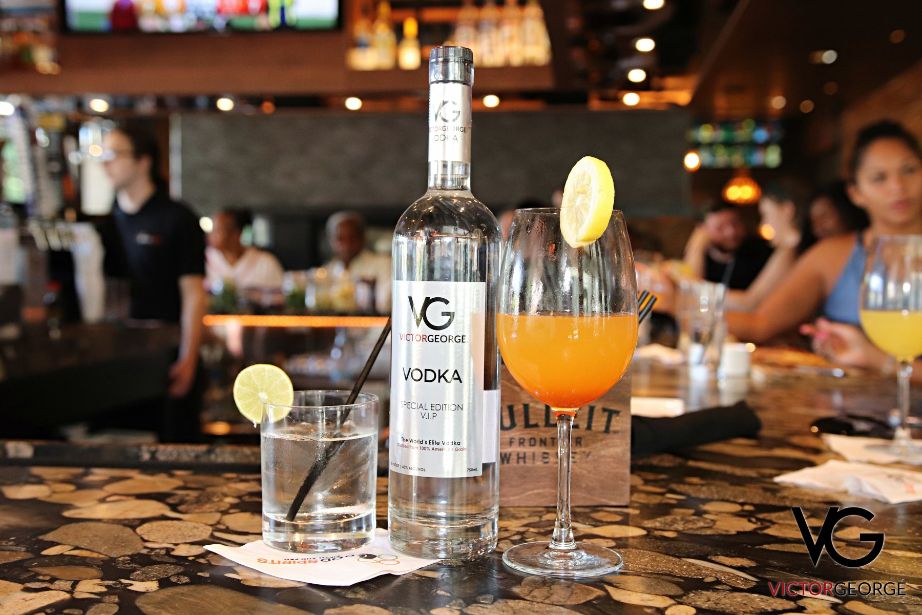 Victor George Vodka (VG) is popping up everywhere it seems since its official launch back in September. The ultra-premium vodka, which took the silver medal at the San Francisco Wine and Spirits Competition this year, will be the official vodka of the Ft. Lauderdale International Film Festival,  30th Annual Swing for the Kids Golf Tournament at Lago Mar Country Club, Exotics on Las Olas, and will be featured at the Ft Lauderdale Intl. Boat Show and elsewhere. The locally-sourced vodka is gluten-free and uses all-natural ingredients. The filtration and oxidation process they utilize helps to purify and remove harsh congeners and free radicals to make a spirit that is headache and hangover free.

What is more interesting than the vodka is the man behind the brand – Victor George Harvey. His life has undergone a series of twists and turns, but he is back with a commitment to build South Florida’s largest locally owned liquor brand. This go-getter was a college athlete, a rapper (with the name Tai Pan) with a record called “The Rise, The Fall, The Rise,” and his own record label. He got involved in real estate and opened up his first vodka company, called V. Georgio Vodka in 2008.  His new vodka, VG Vodka, is already getting a lot of buzz and growing rapidly.

Currently, his vodka is being bottled out of South Carolina, and he is building and opening a distillery on historic Sistrunk Boulevard in Ft. Lauderdale, which will house a tasting room, offices, cigar bar and restaurant.

In addition, he and his two children, both business majors in college, have their own VG clothing line, including boxers, hats and T-shirts, with more merchandise coming soon. A book and movie about his life are in the works. He is certainly one to watch, and look for VG Vodka coming to an event, restaurant, bar or store near you.