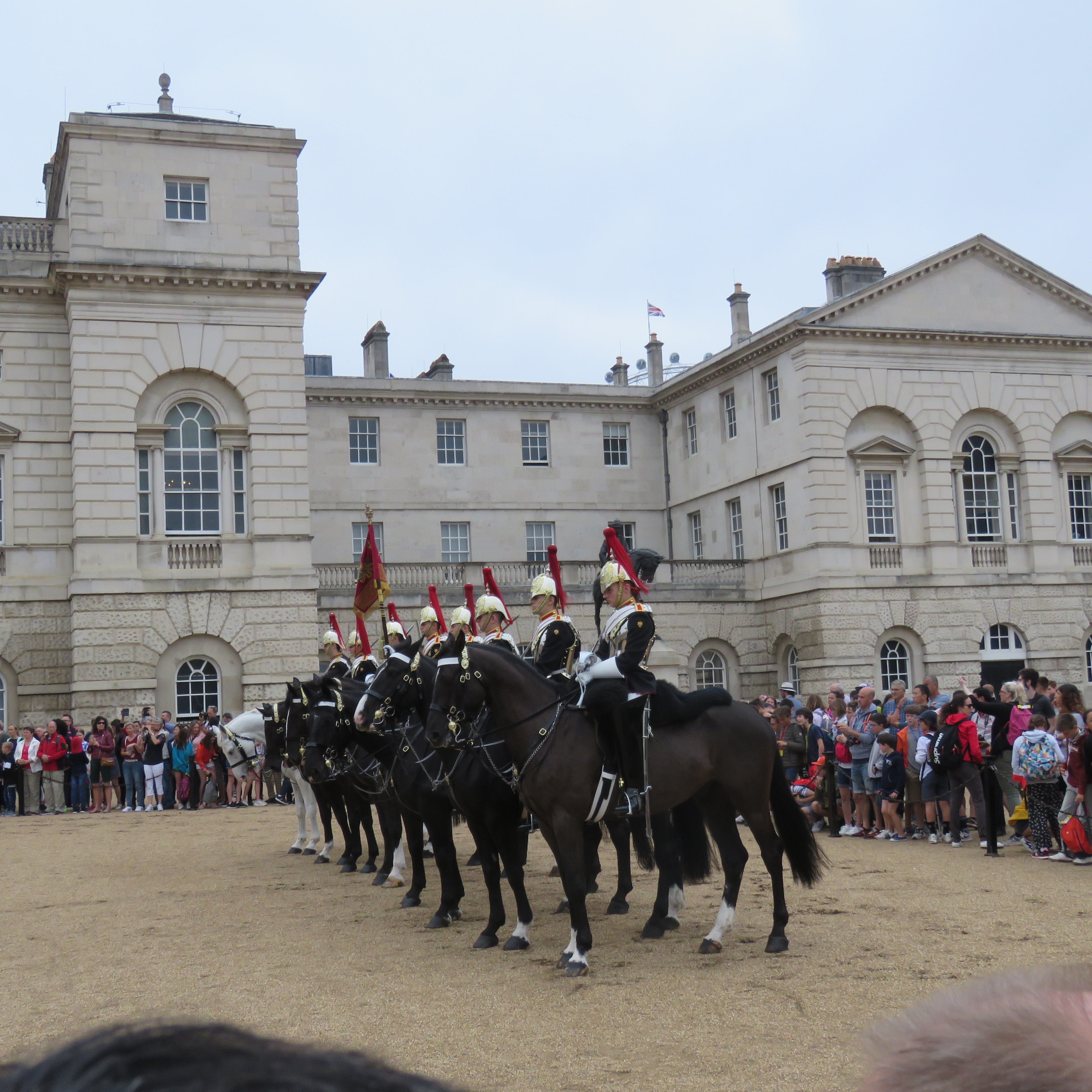 Thinking of getting away sometime soon? Why not hop across the pond to merry ol’ England like I recently did. If you have never been there, you may be in for a surprise. London is a bustling urban scene. It feels much like New York with Washington D.C. mixed in, and the people are nicer. With tourism season starting, this place is a madhouse with people crowding the streets in many areas.

There are so many things to see in the London area. Everywhere you turn, there is a historical monument, statue or plaque. Plus, there is a huge amount of construction. All those historical buildings need maintaining, and they are building more. The Big Ben was completely under scaffolding minus the clock face. (Big Ben is not the actual name of the clock. It is the bell!) It is called the Westminster Clock because that is the borough it is in. (The Westminster area is a great place to stay as many things are in walking distance).

If you get tired of walking, jump on a Hop On, Hop Off Bus and get a tour and a lift at the same time. Double Decker buses are everywhere.

Most choose the subway. The subway stations are huge and involve a lot of walking and stairs (some elevators are available). Even going down a 15 story escalator can be daunting. To get the best deal, buy a refillable Oyster Card. The subway route can be confusing but ask an employee and they will steer you in the right direction. If you are going longer distances, grab a train, a coach or take a boat ride on the Thames.

So what should you do while there? Here are a few choices:

Westminster Abbey — Consecrated in 1065 by Edward the Confessor, this huge structure has seen multiple renovations through the years. On one side, there are statues of martyrs from the 20th Century, including Martin Luther King, Jr. Inside, 17 monarchs have been buried inside, including, Queen Elizabeth and Mary Queen of Scots, next to each other, and so many others, from Charles Dickens to Stephen Hawking. One of the most prized possessions here is the original throne of Edward the Confessor. FYI: They don’t allow you to take pictures inside.

St. Paul’s Cathedral — This is where Princess Di and Prince Charles got married. It is stunningly beautiful. Diana’s train was made so long in order to “fill the space” in the enormous church. Grab a cup of tea at the nearby cafe in the courtyard.

Buckingham Palace — The palace with 775 rooms is certainly worth seeing. It is usually open to the public from the end of July to September. Many rush to see the Changing of the Guard, but you may be underwhelmed. The crowds are intense and being able to get close to the action is difficult.

Parliament — The tour is very informative. You can learn a lot about the government and history. It is a lot to absorb. Many areas do not allow pictures.

Tower of London — Save yourself plenty of time to go here because it is not just one tower; it is many. It can involve a lot of steep winding stairs and long lines to see key areas like the crown jewels. Make sure to take a picture of the wonderful ravens. The White Tower is filled with shields, swords, armor and artillery. But there are plenty of other towers to explore. Eat nearby at the Hung, Drawn & Quartered. There is a great church nearby too called All Hallows by the Tower, founded in 675 AD.

The Globe Theatre — Fans of the bard will want to go to the recreation of the theater that once was the setting for Shakespeare’s classic plays. It is fairly cheap to get a tour and you can also buy tickets for performances here.

The Shard — This skyscraper is 95 stories. There is a charge to go to the top, but they have several restaurants you can visit for free. Grab a bite to eat and get an amazing view from the top of the world. Restaurants tend to be on the pricier side. This is a good time to get dressed up. Bring your camera and go during the day for the best views. FYI: Right now, sunset is about 9:30 p.m. So you have plenty of daylight.

The London Eye — This huge Ferris wheel offers another great view for a 30 pound price (40 pounds for fast track past the lines). There are 32 capsules, one for each borough in London.

Harrods — A must-do, this store is huge. They have anything you could want here, including amazing high end fashions and a to-die-for food section with chocolates, pastries, mushrooms, truffles, caviar, meats, fish, breads, you name it… as well as a great selection of teas, of course. They also offer tea time in the store and have various options available. They do have a dress code. (Another great place for shopping is Oxford Street, as well as Picadilly Circus and Trafalgar Square).

Museums — There are so many museums in London and many of them are free! The National Gallery is a gem with pretty much every artist you can think of from Leonardo Da Vinci to Monet and more. If you prefer modern art, head to the Tate Modern. Go to the 6th floor for a great view of the Thames! There are also science and history museums. The British Museum, filled with Egyptian statues and other antiquities, has a great gift shop and café area.

Markets — There are some great markets here, including the Borough Market, where they have jellies, cheeses, wines, tea, pastries, cookies, fudge, seafood, sausages, curries and more. Next door are so many places to walk up and buy cooked food too. Good luck finding a chair though and it is quite crowded. But there are plenty of samples. Covenant Garden’s Apple Market has handmade clothing and crafts. There are many great shops and restaurants nearby, including the Benjamin Pollock’s Toyshop, a small store that has been around over 100 years (Also, find Hamley’s seven-story Toy Store on Regent Street).

Parks — There are so many great small and huge parks here like Hyde Park and St. James Park. Huge pelicans, ducks, geese and pelicans abound, as well as beautiful trees, lush green grass and gardens.

International foods — There are many different food options here. Most pubs are centered around fish and chips, and meat or chickpea pies, it seems, which are tasty, but there are plenty of restaurants that offer global fare, from Italian to Middle Eastern. There is even a Chinatown. The Indian food is out of this world! If you like dessert, try the delicious sticky toffee pudding.

There are so many great spots around London that did not even get mentioned here. A short drive away and you can visit a castle, head to Stratford Upon Avon to see where Shakespeare grew up, see the majestic architecture of Oxford, where there are 39 colleges, and much more. Families must go to the Warner Brothers Studio to see where Harry Potter was filmed. I spent four hours and it was not enough. Adults will really enjoy this too as it is more informational than anything else. You learn about every aspect of making the movie – props, sets, costumes and plenty of secrets. There are interactive components to add to the fun for kids too. Make sure to get a Butter Beer! It tastes like butterscotch soda with some sort of whip cream on top.

Spending time in London was a dream come true and we packed a lot of sightseeing into nine days, but there was so much more to see. I can totally understand the sentiment of Samuel Johnson, the writer of the first dictionary, who famously said, “When a man is tired of London, he is tired of life.”