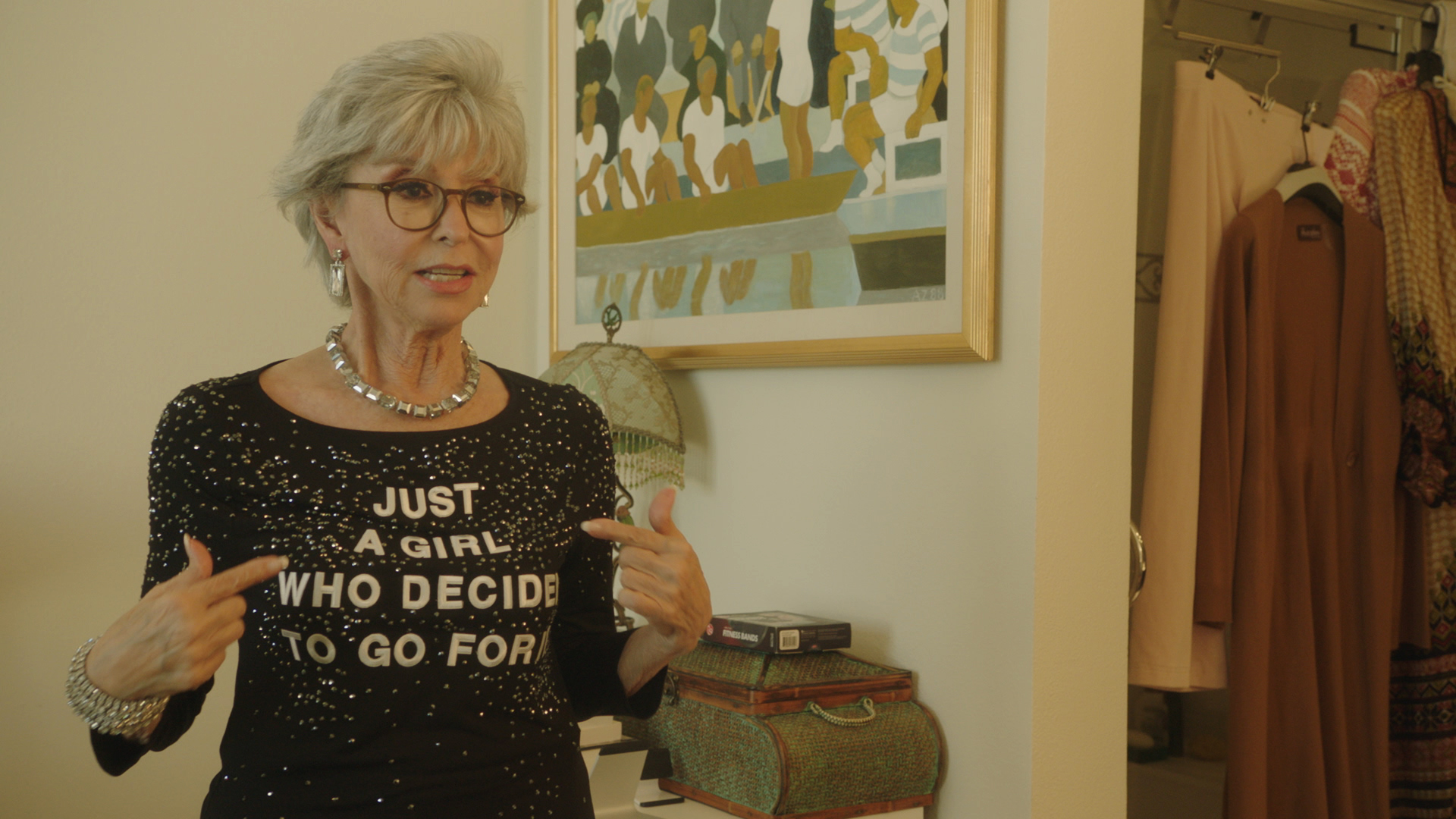 With tenacity and grit, Rita Moreno managed to find a place for herself in Hollywood. But the road to fame was not so easy. She tells her story candidly in the new documentary about her life, directed by Mariem Pérez, called “Rita Moreno: Just a Girl Who Decided to Go For It.” Her talent is undeniable. After all, she has been in the business for more than 70 years. She may be an EGOT (meaning she achieved an Emmy, Grammy, Oscar and Tony), but she is certainly humble, and extremely candid in this revealing film. The story is told not only with Moreno’s own words, but other actors, friends and colleagues chiming in about how she has motivated and inspired them, and how certain events affected her through the years.

Moreno began her life in poverty in Puerto Rico and left to America with her mother at 5 years old, leaving her father and brother behind, whom she never saw again. She got her start as a dancer, and during a recital, she was discovered and taken on by MGM and put under contract. It was quite a coup and would lead her to become the breadwinner of the family by 16 years old, quite a responsibility. She would find, however, despite how far she had come, she could only go so far, being held down in many ways because of her ethnicity and her gender. She was pigeon-holed into every ethnic role they could put her in, often using caked-on makeup to make her darker, and making her take on new accents to fit whatever role they deemed fit… not just Puerto Rican, but Native, Asian, an Island girl and more. The racism was real and she experienced it in many ways, including segregation and harassment outside of the set.

She still found herself in countless movies and TV shows through the years, from epic films like “Singin’ in the Rain” and “The King and I,” to children’s shows like “Sesame Street,” “The Electric Company” and the “Muppet Show.” She has done it all – comedy, drama, musicals and more.

She is perhaps best known for her role as Anita in “West Side Story,” a character who was vulnerable yet unafraid to speak her mind. Moreno saw a role model in this character. She later would find the courage to be outspoken herself, becoming an activist for various causes. That was something that attracted her to actor Marlon Brando, with whom she had a tumultuous relationship that was very painful for her and led her to having an abortion and attempting suicide.

But this was not the only difficulty she had dealing with men in this business. Long before “Me Too,” she was finding herself being treated much like a sex object. Not only was she often put in those types of roles, but she was forced, as a contract player, to go out on dates with men, for publicity. She found herself often harassed, groped and even raped. But she kept her mouth shut and persevered.

She would later settle down with Leonard Gordon, who has since died, and had a daughter, Fernanda Luisa. Today, she is more than happy to be single and at 89 years old has found that her life and career have continued going on strong. Her show “One Day at a Time,” which started in 2017 is currently looking for a new home, after being canceled from Netflix and Pop. But she is also playing Valentina in the new “West Side Story,” directed by Steven Speilberg.

This film not only tells the story of a talent who seems to have seen it all, but sheds a spotlight on the inner workings of Hollywood in the golden era and beyond. But, beyond that, it is a very human story, unveiling piece by piece a woman’s life. The film showcases her courage against all odds and, more than anything, leaves you feeling inspired, with maybe a tear in your eye.