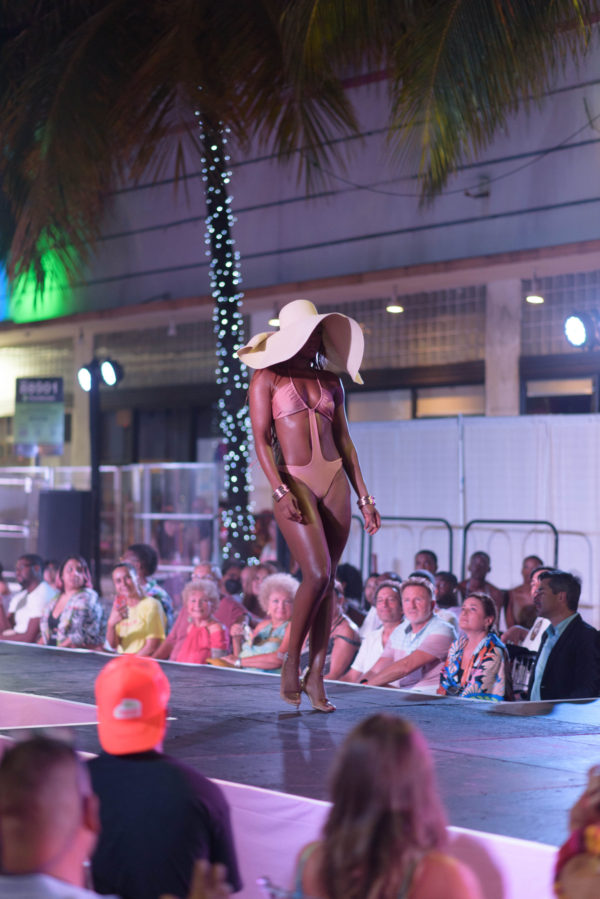 Miami Swim Week, as usual, brought out fashion lovers to check out the latest styles in swimwear July 7-11. They also came to be a part of the scene with swanky parties taking over classic Miami locales.

An 80 ft. runway stretched out along Espanola Way for the Pink Influence WAVE Fashion Show on July 8, and six designers had their models strut their stuff to show off their looks. Included were Lila Nikole, Sol De Mar Swimwear, House of Athlete, Muurswagg, RoseMio and Miami Art Body Tape. The event also showed off the renovations made in the area, within the Washington Avenue Business Improvement District (WAVE). The show was called “A Touch of Euphoria” and the theme was pink! The emcee was Kayln James and music was spun by DJ Nuny Love and DJ Dinero.

WAVE and the non-profit Silent Victims of Crime donated a percentage of proceeds to children of incarcerated parents, to help them academically and provide social support and mentoring. The program was founded by Tinkerbell.

The week closed out with a two-day fashion event (June 10-11) put on by Swim The Globe at the rooftop venue Sky Yard Music Bar. Swim the Globe celebrated its 5th year on Lincoln Road by showcasing some of their designers. Bravo star Lisa Nicole Cloud, known for ‘Married to Medicine,’ had her Renaissance collection on the runway, as did Sean T Exotic Bikini, Belleza Tropical, Greatest Luv, Dezoti, ZelStar, Maly Swimwear, Verokini and RISING FASHION, featuring Designer Ruben Osbaldo.

“Lincoln Road is in the heart of Miami Beach. We were thrilled to present Swim the Globe at a place where both locals and tourists have grown to love, says producer Jeffrey Lubin of Jeffrey Lubin Group. The looks were exotic, global, different and the models slayed the runway.“