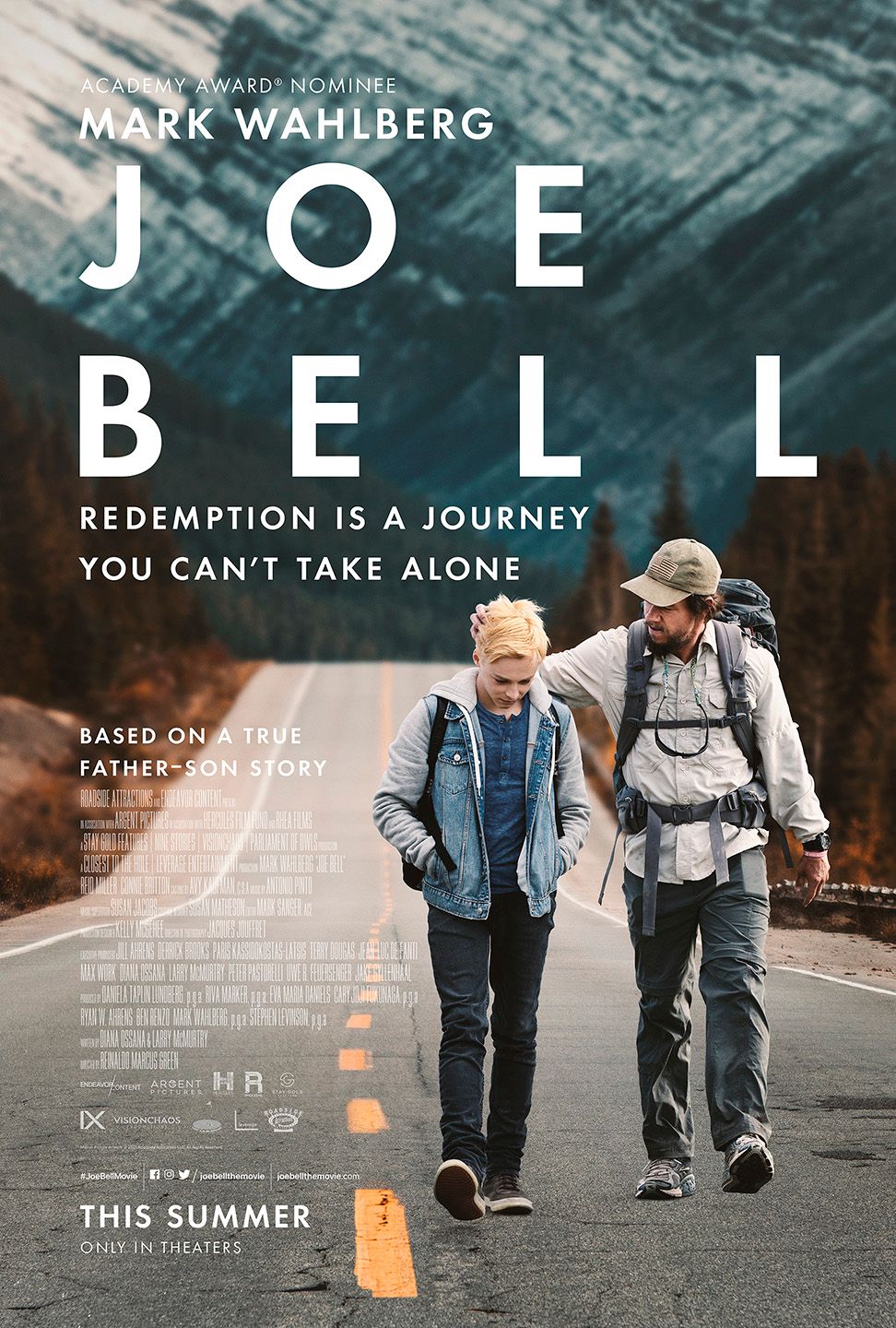 Joe Bell (Mark Wahlberg) walks a walk of penance in this film named after his moniker. It tells the true story of this man who treks across the United States from Oregon to New York preaching the message of tolerance. It is not a message that fits Joe Bell. You see, this man would rather watch sports than listen to his son’s worries and when he reveals a big secret, Bell brushes it off like he would a pesky fly.

The secret is that his son, Jadin (Reid Miller), is gay and his issue is that he is being bullied for being himself. That is a huge reveal made trivial by his short-fused father who hopes that his son can just be tough and beat up the bad guys. His tone is dismissive and confrontational.

And this is how he lives his life. He treats his wife and his other son with equally aggressive stances. And he cares too much about what others in the community think rather than those standing in front of him — his family.

He offers his son a Don’t Ask, Don’t Tell kind of policy; but it is too late for that. It seems everyone at school knows, and the bullying, which includes cyber bullying, just keeps getting worse. The administrators also seem to avoid tackling the problem.

Jadin’s dalliance with a school chum is momentary and fleeting, almost too much so … There is a lack of depth to some of his interactions. But his story is told in a series of flashbacks, including his being tormented by others and getting harassed for being a male cheerleader. The story, rather, focuses on Joe Bell (although Jadin’s character is so dynamic, he is missed when not on the screen — and maybe that helps bring the watcher into the feeling of Joe Bell).

In order not to have any spoilers, the sequence of events that happen to Jadin will not be revealed here. But, suffice it to say, what occurs causes Joe Bell to do some heavy reflection into his own way of being and how he was as a father. Hence, the trek begins… He walks a walk to promote tolerance for his son Jadin, who always wanted to live in New York… Jadin who loved the idea of Broadway and enjoyed belting out songs like “Born This Way” by Lady Gaga.

Along the way, Joe Bell meets people who disagree with his message and others who are enamored by his stance. Gary Sinese makes an appearance as a friendly sheriff, who reveals his own shortcomings and befriends Bell.

The acting in the film from Wahlberg is great, as is from his wife, played by Connie Britton, but the prize goes to Miller, who is sure to have quite the career in front of him.

This film is a reflective drama which can be depressing at times, but also has its lighthearted moments. It also has some twists for those who do not already know the story. It is poignant and presents a powerful message.