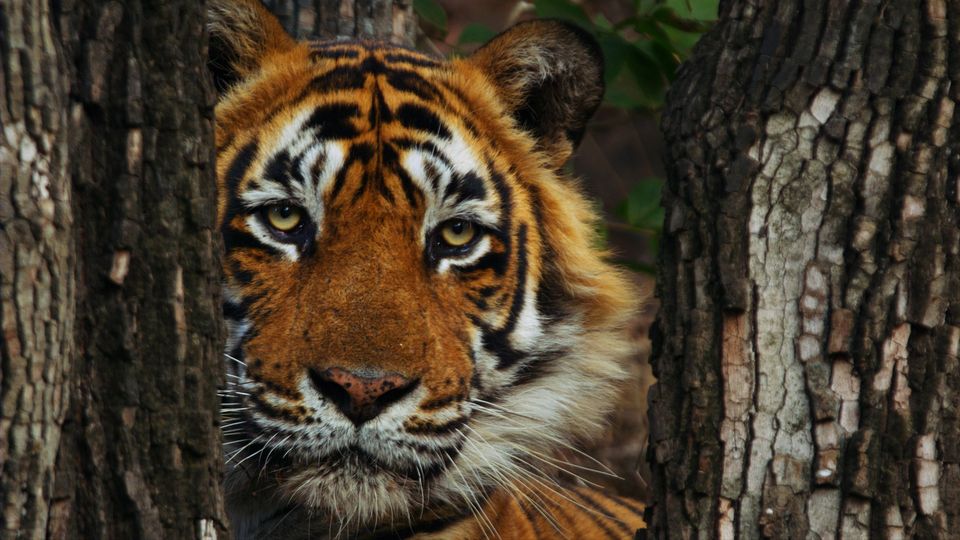 They may not be officially the king of the jungle, but being bigger than lions, with its bright orange fur with white and black stripes, the stately tiger certainly makes his presence known in the forest. The question is, is the solitary hunter a friend or foe to humans? William Blake’s poem “Tyger Tyger, burning bright” may fit the way many see the carnivore, as a fearful creature. While others find pride in having a thing of beauty such as this in the world living its own life. The question of the intention of a tiger is at the forefront of a new documentary called “Tiger 24,” which follows the story of one such predator named Tiger 24, who ends up being put away essentially after being accused of murdering a fourth victim. But is his conviction so cut and dried?

Filmed over 8 years in and around Ranthambore Tiger Reserve in India, the movie shows the beauty and compassion of T24, otherwise known as Ustad by locals, as he spends time with his family, his mating partner, Noor, and two cubs. It includes statements by those who say Ustad did nothing wrong. It was the men who ventured into its territory who were in the wrong and the big cat should not be punished. There are others who claim that it was not even T24 who did the killing. But it also provides statements from officials who claim T24 was not only the killer of these men, but also did it deliberately.

Despite pleas from the community to give T24 leniency and let him live in the huge landscape he has always enjoyed, he was taken away to a zoo, away from the public, and made to live in a small area offering nothing more than a little walking space, apart from his home and family, and unable to live like a tiger should. The fight to save him has gone to the supreme court, and has exposed the failings and limitations of the systems in place designed to protect these endangered animals. To the locals, T24 is the “King of Kings” and beloved. They are proud to have him in their backyard.

Director Warren Pereira does a great job at showing all aspects and showing the people’s emotions on all sides of the argument. He also brilliantly captures the solitude and majesty of the tiger’s daily routine– hunting, swimming, spending time with family, peacefully walking and more. For those who are animal lovers, this film will tug at your heart strings. Be aware, there are graphic images of the victims who were mauled by a tiger.

The film will be shown in its east coast premier at Living Room Theater in Boca Raton, FL at the Florida Atlantic University campus (777 Glades Road). There is a special advance screening on June 16 followed by an exclusive one-week engagement from June 17-23. Pereira will introduce the film and participate in audience Q&As on Thursday, June 16 at 6:45 p.m., Friday, June 17 at 6:45 p.m. and Saturday, June 18 at 6:45 p.m.  On Wednesday, June 22 at 6:45 p.m. join Mark McCarthy of McCarthy’s Wildlife Sanctuary and Rehabilitation Center for an intro and post-screening Q&A. On June 23, the 6:45 p.m. screening will feature a Q&A with the participation of Carole Baskin of the Netflix documentary series “Tiger King.

“Pereira hopes Tiger 24 will bring focus to issues he encountered while making the film. Pereira says, “I believe that this film can start a discussion on the boundaries between the little remaining space large carnivores occupy, and desperately need, as they get squeezed by a growing concrete jungle.”

Warren Pereira is a creatively driven, award-winning filmmaker whose work has garnered the industry’s top accolades, including the Cannes Gold Lion. His work has been showcased at top international film festivals. Additionally, Pereira founded The Tiger Fund LLC, which produces content relating to tiger conservation including films for the government of India.

Tickets are available at https://fau.livingroomtheaters.com/movies/4254.