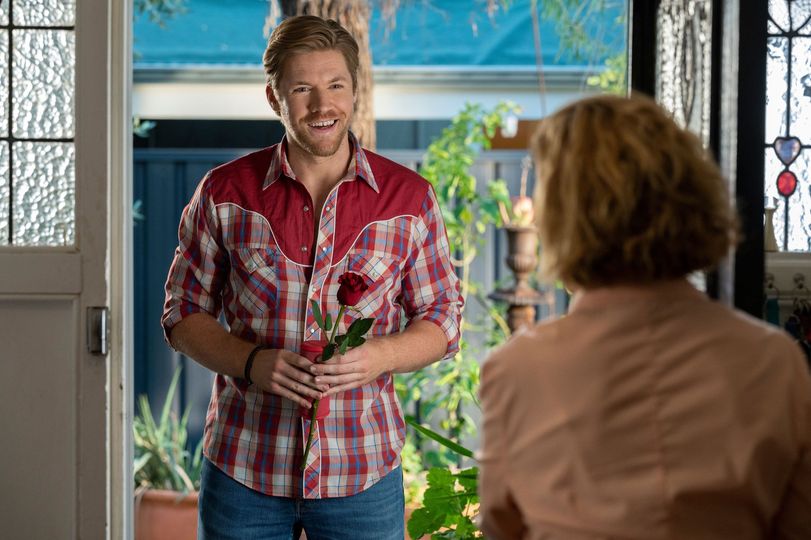 In the new Australian film “How to Please a Woman,” directed by Renee Webster, Gina (Sally Phillips) is a frustrated woman in her 50s in an unsatisfying marriage and unappreciated at work. She has lost her voice and feels jealous of her friends’ relationships. Then, she loses her job to a younger and more… ahem… robust woman. Unsure where to turn, she redoes her resume and gets ready to send it out but an unexpected birthday gift gives her a novel idea for a business venture that will eventually change her life.

The business is converting a moving business into household cleaning, but the catch is that the ones doing the cleaning are young men, who do it topless. When the women demand more than just cleaning, Gina is horrified… at first… but eventually is convinced that letting women have the pleasure they demand may be just the right business model. In the process, she not only finds business success but also is able to find her voice, stand up for herself and pave a new path.

This is a film that women, especially, will appreciate. It features actors who have not only been in many Australian productions, but also in the United States. Phillips was in “Veep” and the Bridget Jones movies. Alexander England, who played Tom, one of the housecleaners, was in “Alien Covenant.” Erik Thomson, who played Steve, who ran the moving business initially, was in “Somersault,” and the Amazon series “Back to the Rafters.” These are just a few examples. If you are looking for a light but thoughtful comedy that you can watch with the girls, this is a great bet.

There will be a special screening on July 21 at Movies of Delray, at 7421 W Atlantic Ave. in Delray Beach. It is Ladies Night. The party starts at 6:30 p.m. They promise a sexy night with Dr. Stacy Friedman, a Clinical Sexologist and Certified Sex/Intimacy Coach doing a Q&A following the film, as well as a party before with Angel’s Secrets, specializing in lingerie and adult novelties, and an all male burlesque revue too! And there will be a sexy drink special. Who knows what the night will bring!

The movie opens on July 22 at Movies of Delray and Movies of Lake Worth.

For info. on the theaters, visit www.moviesofdelray.com.