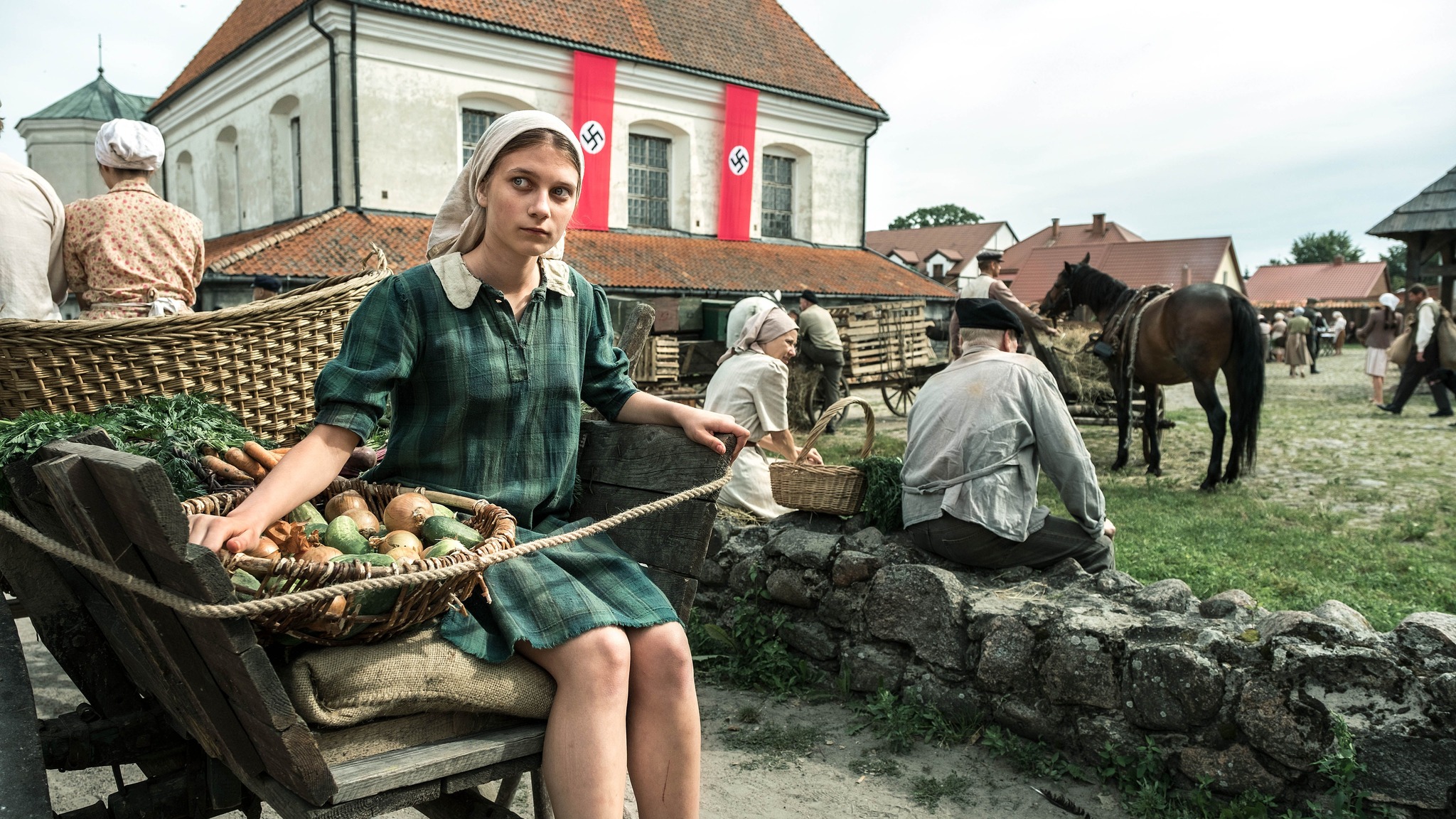 As World War II rages and Jews are being rounded up by Nazis, a young 13-year-old Polish Jewish girl named Sara and her brother are instructed by their parents to escape before it is too late. As they venture far from home, Sara comes to a stark realization that she would make it more easily if she were alone, so leaves her brother behind to seek a new life. She knows she must survive at all costs. After all, she promised her mother.

She eventually makes her way to a family’s home seeking employment. In order to stay and work, she has to pretend she is not a Jew. In the process of living with them, she finds out some secrets about their lives and those of people around them. At such a young age, she is forced to not only keep secrets about herself, but others as well, and deal with on-going struggles with Nazis and those who would resist them. The conflicts all around her are in front of the background of on-going fighting and bombardments.

This is a true story made into a film named “My name is Sara,” directed by Steven Oritt, which opens July 29 in select theaters in South Florida. (See more information below).

Zuzanna Surowy plays a wide-eyed Sara with ease, subtly showing a quiet resilience and fortitude brushed with naivety. She is countered by the roughness of Eryk Lubos, as the farmer she lives with, Pavlo, and his strong-willed wife Nadya, played by Michalina Olzanska. The cast overall does a commendable job in their portrayals.

The film is made great not only through its acting, but the locations, authentic wardrobe and props and high quality of production. Director Steve Oritt has created a poignant film that shows the depths to which humanity will stoop and to which it will soar in times of trouble. He shows that the brutality of war is not just about bombs and guns, but it rests in people’s hearts and the actions they let themselves take against others when society is on their side.

This gem will be showing at several local theaters and the director will be available for a Q&A at the following: